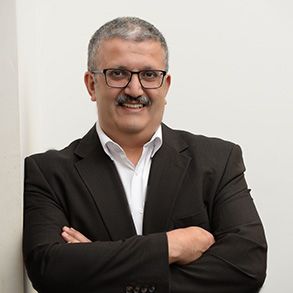 Jabeer is Chief Executive of the Race Equality Foundation. He has an international reputation for the use of evidence in developing interventions that help overcome discrimination and disadvantage. His studies have been used to inform government thinking, including interventions such as Sure Start, as well as the NSPCC’s Grove House Family Centre.

Jabeer provides leadership on the Strengthening Families, Strengthening Communities parent education initiative at the Race Equality Foundation. A key part of his work is the Foundation’s role in the Health and Wellbeing Alliance, which has seen the Foundation facilitate better conversations between the black and minority ethnic-led voluntary sector and Department of Health and Social Care, NHS England and Public Health England and saw him secure £485,000 grant from DHSC to support older people living with dementia as part of the emergency response to COVID.

Jabeer was on the Marmot Advisory Group, supporting Sir Michael Marmot in the production of his recent report on the social determinants of health inequalities. Jabeer sits on a number of other boards and committees, which currently include the Dementia Programme Board, chaired by the Minister for Care, as well as PHE’s Health Ageing Advisory Board.

Jabeer is currently co-investigator on a £1.5 million NIHR-funded randomised control trial of the Strengthening Families, Strengthening Communities programme, being led by Professor Richard Watt at University College London.  He is also co-investigator on the £1.3 million NIHR funded extension of the VirusWatch study focusing in COVID-19 and the Black, Asian and Minority Ethnic and migrant communities, led by Professor Robert Aldridge of University College London.

Jabeer was awarded an OBE in the 2013 Queen’s New Year Honours List.